A Foundational Reason Behind Differing Interpretations of the Bible… 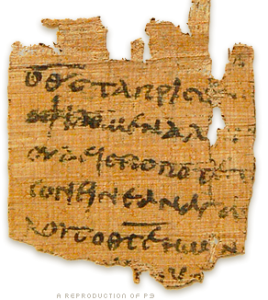 So I’ve started a class studying Evangelical and Pentecostal hermeneutics. Super enjoyable subject for me because I love the field of biblical interpretation. It’s one that is overlooked by quite a few people, so I’m always excited to learn more about it in the hopes of being able to help people.

Recently I’ve come face to face with what I’d call a perfect example of someone confusing the authority of Scripture, which I completely affirm, and the authority of their own personal interpretation and application of Scripture, which I reject. It’s funny how people can so quickly confuse those two and I think we need to be cautious in pulling out the “you are disobeying the Bible” trump card because more often than not, that card is totally empty.

“… readers approach the text with biases or “prejudices” which are often conditioned by their social, historical, and cultural location. Such prejudice may include broad ontological assumptions (e.g., beliefs about human nature) or more specific presuppositions about the nature and creative source of the text itself (i.e., fact or fiction, scientific treatise or romantic literature, divine revelation or human creation). Therefore, any interpretation is “biased” in that it accepts certain assumptions while excluding others; and, competing interpretations can often be traced to divergent presuppositions, because “in opening up a work in a particular way, [reader prejudices] close off other potential modes of access. Every interpretive approach reveals something only by disguisng something else, which a competing method with different assumptions might disclose.” Prejudices, then, serve as “conditions of understanding” because the reader’s taken-for-granted assumptions often are revealed in the act of reading.” (John Bartowski, “Beyond Biblical Literalism and Inerrancy: Conservative Protestants and the Hermeneutic Interpretation of Scripture,” Sociology of Religion, 1996, 57:3, 262; note that Bartowski quotes Armstrong’s Conflicting Readings: Variety and Validity in Interpretation)

Understanding that we all have biases does not mean coming to definitive interpretations is impossible. That’s hogwash. What it does mean is that we should do our best to have informed biases and approach issues with far more humility and care than is often expressed. I don’t agree with all of Bartowski’s observations, but most of them certainly stick in my experience within Evangelicalism.

As a habit, one of my favorite things to do with people who are aware of the hermeneutical spiral is to pretend that biases and presuppositions don’t exist. It’s one of the most joyful things to do because people often can’t adequately provide a summarized explanation of this reader bias issue (just as Able, because I do it to him all of the time!). For now on, you can refer them to this post, unless you are Able. In that case, you have to find your own!

I would love to know your thoughts here!