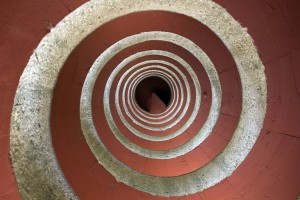 Pornography is a serious problem, according to various studies. One study I read indicated that in the United States, $3,075.64 is being spent on pornography every second. Every second there are 28,258 Internet users viewing pornography as well as 372 Internet users typing adult search terms into search engines. Even more troubling is the fact that every thirty-nine minutes a new pornographic video is being created.

What many people think is “innocent fun” is actually extremely harmful. In fact, you do not need to be a Christian to see pornography as destructive.

Dr. Victor Cline suggests that there is a four step progression for people who continue to use pornography. It is as follows:

I think what this indicates is that, like many other issues, pornography has a tendency to begin to control and consume the person who is involved in it. Or, as C. S. Lewis said,

“Idols always break the heart of their worshipers.”

As I’ve been reflecting on the program of pornography and thinking about the way that many churches seem to kind of ignore it, I’ve been asking myself just how I can serve and help the people I pastor to overcome this addiction. Many ideas going on in my head. I think I’ll blog on them later… for now I want to just kind of reflect on this four-step progression that is controlling soooooooo many people.