Everyone is missing this huge event! This will, I’m sure of it, set off the rapture. I’m afraid to even type this message because it could happen now… now that Bin Laden is dead!

I would like to just take this time to thank the American military for ensuring that for the next six months we can look forward to several new books put out by John Hagee and any of the other “rapture watchers” that are out there. Thank you, American military, for ensuring that our current Dispensational literature will need to be updated in order to adequetely reflect the latest shift in the eschatological landscape! Words cannot express the deep gratitude that I have for the fact that I can now rest assured that there will be reissues of the Left Behind series that will be edited to include Bin Laden’s death as a sign that we are absolutely in the last days!

To show my appreciation for you, President Obama, I have made the first official “Bin Laden’s Death is the Key to Interpreting the Eschatos Bible Prophecy Chart.” Here it is for you all to enjoy (click to enlarge): 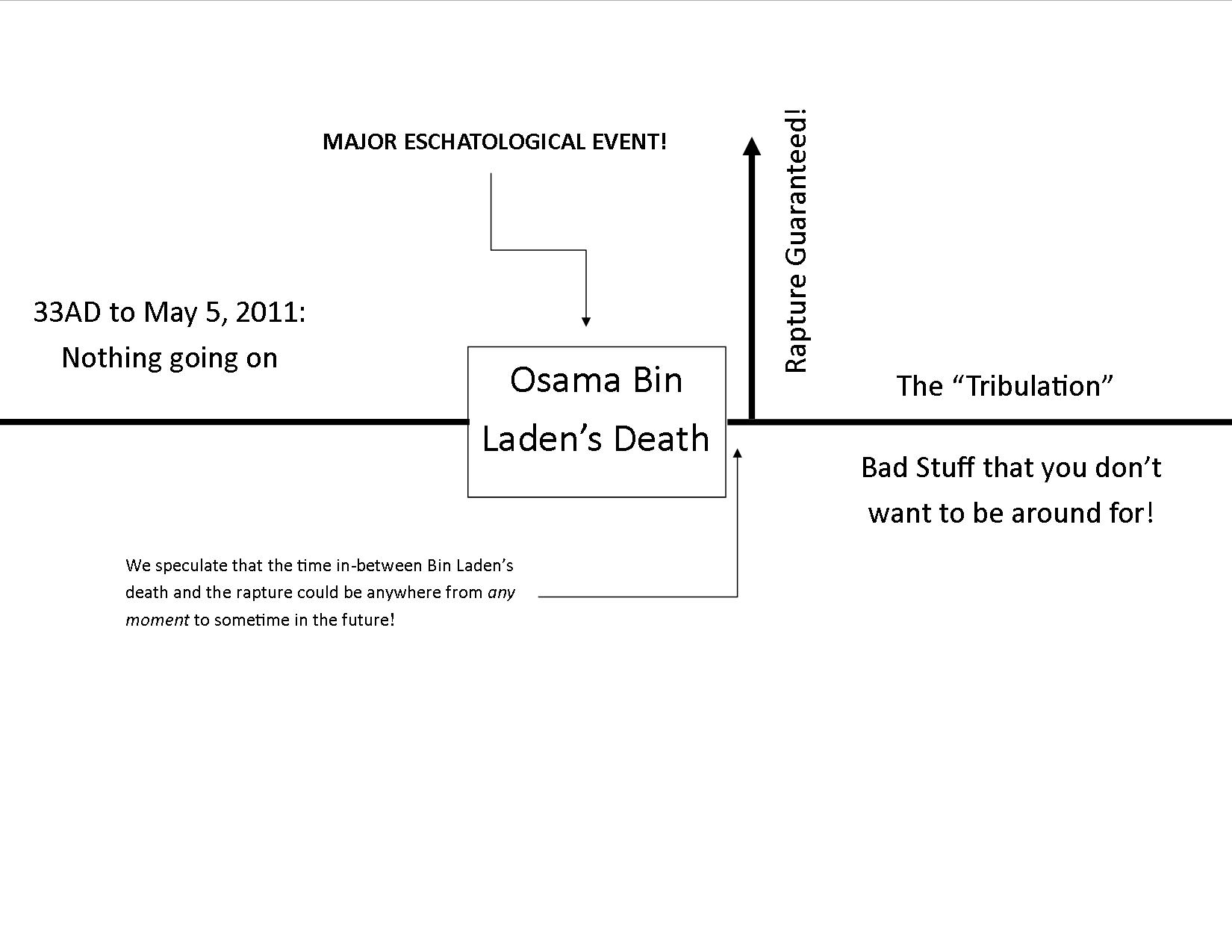 Update: I just realized that not even Parchment and Pen has released this information! Michael Patton, you should be ashamed of yourself! You call yourself a DTS graduate?!?!

Hey @DJIGlobal, we need the RC that comes with the Mini 3 Pro to work with the Mavic Air 2.

Sooner than later! So when is this expected?

From an ethical / theological standpoint, I wish more people read and engaged James Mumford’s “Ethics at the Beginning of Live” (https://amzn.to/3HPw5Fo).

It was / is a very interesting read and alongside his “Vexed” (https://amzn.to/3HPw5Fo), super formative to my “politics.”