On Hanging Rape Victims, Oppressing Women, & Looking the Other Way 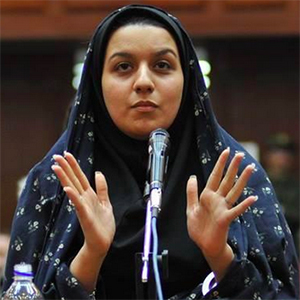 Two days ago, Oct. 25, 2014, an Iranian woman was hung by an Iranian court because she had the audacity to defend herself from being raped. According to Amnesty International, this woman was sentenced to death after a “deeply flawed investigation and trial.”  Let that sink in.

Her name, by the way, is Reyhaneh Jabbari.

In certain places of the world and according to certain people, it is better to be raped than it is to defend oneself from rape. As I was reading (and praying) about this over the past few days, I’ve had a number of feelings. I’ve been deeply grieved, extremely angry, and astonished at what this says about the world we live in.

Yes, there has been tremendous advancements toward the equality of women in certain parts of the world (i.e., Europe and North America). Yet women are still not paid equally as men and women are still viewed by many men primarily as sex objects (no small thanks to pornography). In fact, two days ago a young lady told me a story of how she was trying to work out at a local gym and a man whom she did not know randomly asked her if she was interested in having sex with him… at the gym in the tanning booth! Seriously? On what plant is that healthy and constructive and respectful?

Yes, women are still oppressed according to any standard definition of what that word actually means.

It’s hard for me to understand in what universe it would seem remotely possible to sentence a woman to hanging and then carry that punishment out simply because she defended herself from her would-be rapist. One would have to have a worldview that envisions women as inferior to men in all respects. Apparently women, in this type of thinking, are purely sexual objects.

. . I wonder what it is going to take for this view to change?

No longer looking the other way

This past weekend Trinity Christian Fellowship, the church I serve as a pastor, had Sandi (and Doug) Erickson speak on the subject of social justice in relation to sex slavery, human trafficking, and adult entertainment. On Saturday night, as we were sitting in my living room, Sandi asked a profound question: How many churches will talk about Reyhaneh tomorrow morning?

The Church can’t look away from this type of injustice. Any cursory study of church history will tell you that women have not only been at the forefront of missionary expansion but have often led the missionary expansion. In fact, women have often been the only gender involved in certain missionary movements! Women have been and are and will be absolutely crucial fulfilling God’s mission here on earth, the ever important and beautiful Missio Dei.

And not only are women intricately involved in the expanding work of God’s kingdom, women are part of God’s target for redemption!!!! After all, Jesus provided somewhat of a “missional strategy” when he quoted from Isaiah 61:

“The Spirit of the Lord is upon me, because he has anointed me to proclaim good news to the poor. He has sent me to proclaim liberty to the captives and recovering of sight to the blind, to set at liberty those who are oppressed, to proclaim the year of the Lord’s favor.” (Luke 4:18-19)

The Reyhaneh’s of this world need to be freed from the deeply disturbing type of oppression that they face. People all over the world, who are blind to injustice, need to have their sight recovered. The Church needs to connect with Jesus’ “missional strategy” and confront this type of injustice head on, no longer looking the other way.

Reyhaneh’s death was and is and always will be an alarming, distressing, and deeply embarrassing stain upon human dignity. As one who was created by God and bore his image the way that Reyhaneh was ignored, treated, and killed sends a message to women all over the world that we, the Church, must oppose.