An Interview w/ Marc Cortez on Blogging, Evangelicalism, and the Holy Spirit, pt. 2 of 3

So I’m a few days behind on getting the rest of the interview with the infamous Marc Cortez up! I apologize. The weekend was busy and the -25 degree weather means my kids have been home and I’ve been enjoying my time with them! At any rate, last Friday I posted the first part of my interview with Marc and it was a huge hit. Lots of visitors for that one! Here’s the second… 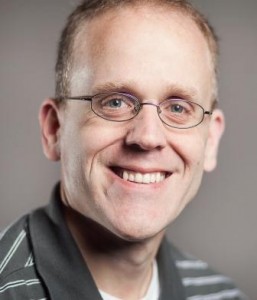 Luke: So let’s talk Evangelicalism. In your opinion, what is Evangelicalism and how has teaching at Western and Wheaton informed your definition?

Marc: That is, of course, a rather difficult (maybe impossible!) question to answer conclusively since evangelicalism is so diverse a movement. But I prefer to start with a historical approach, viewing evangelicalism as something that grew out of the revivals of the 18th century and the ministries of people like the Wesleys, George Whitefield, and Jonathan Edwards, among many others. A loose network developed across denominational lines and throughout the English speaking world as like-minded people worked together for the advancement of the gospel and the renewal of the church. What we call evangelicalism today is really the historical outworking of that loose network. Modern evangelicals are, at least partly, those who are a part of the organizations, networks, and relationships that find their roots here.

I like the historical approach for at least three reasons. First, people often make the mistake of viewing evangelicalism as a relatively new development (mid-to-late 20th century), and don’t realize that it has significant historical roots. That limited historical vision tends to make people define evangelicalism in ways that are only accurate for a certain portion of its history. For example, people often think that evangelicalism were opposed to social activism until fairly recently. But the reality is that evangelicals in the 18th and 19th centuries were highly involved in addressing social issues. It wasn’t until the end of the 19th century that evangelicals grew concerned about the dangers of a “social gospel,” and tended to back away from those issues.

Third, the historical approach also helps explain why it is so difficult to define evangelicalism in theological terms. From the beginning, it was a movement that incorporated a variety of theological perspectives (e.g. the Wesleys and Whitefield). That doesn’t mean they didn’t care about theology, just that evangelicals have always been willing to look past at least some theological differences for the sake of the gospel.

So that’s how I start. I do think there’s value in offering theological perspectives on evangelicalism, as long as we realize that those are almost always descriptive (i.e. studies of what evangelicals have generally believed) rather than normative (authoritative statements about what evangelicals must believe).

And my teaching contexts have influenced my approach primarily by allowing me to do a lot of teaching in church history and historical theology. I think that’s helped me escape the limitations of the present when understanding movements like this.

Luke: Ok. That was mostly a trick question. I am writing an essay for the grad program I am in and need content! Haha! Kidding, of course. I like how you mentioned two things: social activism (one of Bebbington’s four characteristics of Evangelicalism) and the need for a global perspective on the evangelical movement. What are some of the trajectories you are seeing in both American evangelicalism and global evangelicalism?

Marc: I’m really not qualified to speak about global trends in evangelicalism. And I think one of the mistakes people make in this discussion is that we routinely have Americans talk as though they are representing evangelicalism as a whole, when really we’re just one slice of a larger pie. Granted we’re a big, and often noisy, slice, but still just a slice.

So I’ll stick with what I know best, which is evangelicalism in America. And here I think we can identify a few interesting trajectories. I’m sure there are more, but these are the ones that came to mind first.

1. Increasing diversity: Here I’m not thinking so much about ethnic diversity, which hasn’t increased much in American evangelicalism (depending on how you define that term, of course!), but about increasing differences in political positions, theological conclusions, and general ethos. Indeed, American evangelicalism is moving in so many different directions that some have predicted that it will eventually break apart entirely. Since that evangelicalism has been a tremendously diverse movement from the very beginning, however, I think this is more a contemporary reflection of something that has been and will always be part of the movement’s DNA.

2. Social engagement: As I mentioned in an earlier answer, evangelicals have always had a commitment to social action. But there are two interesting trajectories in contemporary evangelicalism in this area. First, evangelicals today are less inclined to engage social issues through politics. Younger evangelicals in particular seem pretty jaded by the political activism of prior generations, and are looking to engage issues on a much more local/personal level. Second, there seems to be less consensus overall on what issues to engage and even what end-result we’re seeking to achieve. That’s surely a manifestation of the diversity I mentioned above.

3. Growing interest in theology: I’m almost certainly biased on this one, but I think we’re seeing a resurgence of interest in theology. Evangelicals have a long history of commitment to biblical studies, but we’ve always been weaker when it comes to serious theological reflection. That seems to be changing, and more evangelicals are looking for quality theological training, and expecting more from their local churches in this area. I think you see that in the “Young, Restless, Reformed” movement, but you can find a similar development in other areas. (The growth of interest in theology in Pentecostal circles is particularly interesting.) And the place that I hear this theological interest expressed most often is in women’s ministry. More and more evangelical women (especially younger women) are dissatisfied by the lack of theological rigor in the average women’s ministry, and they’re pressing for more theological depth. If that continues to develop, it could be one of the more exciting trajectories in American evangelicalism.

Marc: Historically, my three favorite would have to be John Wesley, Jonathan Edwards, and C.S. Lewis (with honorable mentions for people like Warfield, Spurgeon, and Chesterton).

Picking just three contemporary authors is much more difficult. So I’ll do it by picking one each in theology, biblical studies, and general Christian writing. (And my answers will probably tell you more about what I’ve been reading lately than who are my favorites all time.)

For theology, I’ll go with John Webster. I think he’s does an outstanding job wrestling with difficult theological issues, he’s a good model of doing theology in a way that is firmly grounded in scripture without reducing theology to biblical studies, and as a British evangelical, he’s enough outside my normal context to challenge me to see things differently. (Tough choice between him and Kevin Vanhoozer who has also been very influential for me.)

For biblical studies, let’s go with Richard Baukham. I think Baukham is a model of an outstanding biblical scholar who is also very interested in theological questions. That tight integration between Scripture and theology is something I’d love to see more often. (Honorable mention for N.T. Wright, who is more adept at bridging the gap between the academy and the church than anyone else I know.)

And for more general Christian writing, I’ll take Eugene Peterson. He is such a great model of someone who integrates theology, ministry, and spiritual formation, and demonstrates how they apply to life today. He has been very helpful for me in thinking through what it really means to “pastor” people. (Too many honorable mentions here, but I have always appreciated Tim Keller’s writings as well.)

I encourage you to read Everyday Theology as well as follow Marc on Twitter and Facebook, You should also check out his books: Theological Anthropology: A Guide for the Perplexed and Embodied Souls, Ensouled Bodies: An Exercise in Christological Anthropology and Its Significance for the Mind/Body Debate. You can also find a list of Marc’s publications here.