Dealing with People Who Don’t Listen: 5 Practical Ways to Demonstrate the Spirit

When I first started pastoring, I was told by numerous people that it would take a number of years before people would respect my views. In many ways, the first few years of serving as a pastor is spent earning people’s trust. Can you be trusted? Will you be leaving soon? Are you really one of us or are you just someone who yells at us every week? Those are the types of questions initially running subtly through the minds of many people. So I just buckled up and focused on doing what I thought pastors do… pray, teach the Bible, answer people’s questions, and help where I could.

After a few years of being at Trinity Christian Fellowship, I noticed a peculiar thing happen. It took a few years for our church to actually start growing, but as new people started attending our church, I was their pastor. Yes, you read that right. I wasn’t their interim pastor or just their preacher, I noticed that I was a functional pastoral person in their life. They actually came to me with their problems and wanted counseling, as scary as that might sound. It was actually a bit overwhelming because it felt like it happened overnight. I went from spending all week studying my Bible and praying and having very little interaction with people problems to constantly hearing about broken marriages and relationship issues and parenting problems. And then, a little later, people who had been in our community for awhile transitioned from approaching me in a distant way to allowing me to pastor them too. These people, as I understand it, simply came to a place where they could trust me and understood that I was there to help.

Every pastor has to deal with people who don’t listen. This may be due to them being unteachable and prideful or it may be an outworking of some insecurities that they have because of their past or a combination of both. There are probably many reasons why people might not always listen to you. And in reality, this isn’t exclusive to pastors, it’s a problem that most leaders deal with. If you are in a place of influence (leadership), you might find that some people aren’t interested in what you have to say.

This is very difficult to deal with. It gets frustrating when you find yourself telling various ministry leaders that they need to do certain things for the health and effectiveness of the ministries they serve in only to find out that other people are essentially telling them to ignore you. Argh! I could spend some time talking about why people do this because I think I’ve come to understand some of the reasons why it happens, be it due to ignorance and lack of experience or outright rebellion. That’s for another blog. Instead, I want to lay out five practical ways to demonstrate the Fruit of the Spirit when dealing with these people and this problem. 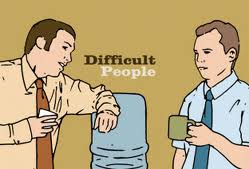 (1) Don’t take it personal, even though it is deeply personal.
I won’t pretend that it doesn’t really bother me when someone tells our church’s gifted music leader to disregard what I’m saying. It does. But I have learned not to get offended because I know that bitterness can distort my ability to both interact with our music leader but also distort the way that I interact with others. You have to remember that the apostle Paul wrote to the Ephesians that “we do not wrestle against flesh and blood, but against the rulers, against the authorities, against the cosmic powers over this present darkness, against the spiritual forces of evil in the heavenly places” (Eph. 6:12).

This does not mean that you don’t lovingly confront people when they are perceived to be rebellious (they might not be), but that you can’t go about confronting people if you are always offended at them. With my example, I have to assume that the enemy does not want any of our worship, whether it is through music or other means, to be glorifying to God. Therefore it makes perfect sense that there would be spiritual attacks occurring in relation to our music leader or any other leader or ministry. If it doesn’t happen, I need to ask why!

I know some will balk at my advice to not take it personal because they tell us that rebellion is something that deeply offends God. That’s reading too much into my point. What I mean is that you shouldn’t take it personal and then respond with unrestrained anger and bitterness.

(2) Take time to communicate to those who don’t listen to communication.
If there is one thing that drives me ape nuts, it’s wasting my time. I hate wasting my time doing things that are pointless. If there isn’t a purpose or function in mind, I get frustrated. So you can imagine how I feel when it appears very obvious that I’m wasting my time talking to someone and they aren’t listening. Ape nuts is a polite way of saying that I want to punch something.

But if I’m honest, over the past few years I have “wasted” my time on a lot of people and you know what? I found out that the time spent wasn’t wasted. There are many people and situations where at one time I felt like I wasn’t getting anywhere only to find out that I was wrong. Plus, if I’m honest, I am the product of people never giving up on me, even though I was probably a “waste of time.”

This just means that we need embrace due diligence when dealing with people who don’t seem to listen. Maybe if we take the time to explain ourselves just one more time there will be a breakthrough and they will finally get it! People can be stubborn and maybe they just need to experience or discover something for themselves before they can be supportive. Only the Lord knows.

Yes, there are times when we can “move on,” but I think that we need to be very cautious to jumping to that conclusion. God doesn’t “move on” from our failures and we can actually live out a false gospel if we give people the impression that we’ll only work with people when they are perfect. That’s an upside down understanding of God’s grace. So be cautious and patient and gracious and merciful. It’s worth over-communicating.

(3) Assume there is much more going on than what you see.
Yes, people are born “messed up.” This is also known as a “sin nature” or “original sin” or “total depravity” or “you’ve-got-baggage-and-you-are-spiritually-broken.” There are lots of terms for it. But people also get more messed up as they interact with other messed up people. So we have a whole world of messed up people who are messing each other up even more and the whole thing is a mess.

I think it’s safe to say that because of this, people are often poor listeners and poor at implementing because they may have been negatively influenced by people in their past. For example, people may be hesitant to listen to the advice of a pastor because they’ve been hurt by previous pastors. Or worse, they may have been spiritually abused or manipulated by church leaders and this has caused them to be suspect.

(4) Pray for wisdom, guidance, and breakthroughs
Yep, every list that involves pastoring or leading or relational issues should always include prayer. Some people would place it at #1. I understand. For me, prayer flows out of my understanding that (1) there’s a spiritual battle at hand, (2) I need to take the time to be patient and communicate, and (3) there’s probably a lot more going on than what I see. My natural response to these is to begin praying.

John Piper has said that prayer is “a wartime walkie-talkie for the accomplishment of mission commands.” Augustine said that “he who loves little prays little, he that loves much prays much.” Prayer is simply communicating with God. It’s talking to him, thanking him, and asking him. Prayer should be a natural part of Christian living.

If this is true, than we should be praying for wisdom in how to communicate with and to difficult people. We should pray for God’s guidance as situations arise. We should pray for spiritual breakthroughs because unteachable people often need some sort of a spiritual breakthrough. They need something that you can’t give them on your own apart from God. So pray for them and ask God to give you insight and for his Spirit to be at work in their lives.

(5) Don’t be guilty of what you find problematic
If you are complaining about people not listening to you, you’d better make sure that you aren’t guilty of the very same issue. You need to provide forums and opportunities for people to ask questions and express their concerns and opinions. Sometimes people don’t listen to you because they don’t feel like you listen to them. It’s not a helpful solution, but it’s true.