No! The Old Testament Saints Were Not “Saved” by Works! 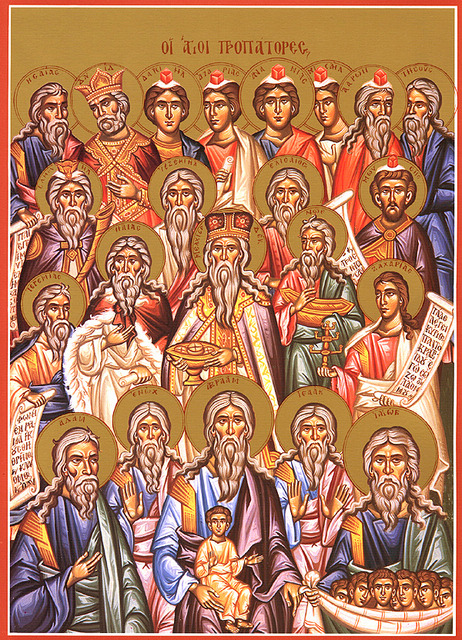 It happened again. I was listening to a popular radio preacher and they repeated an idea I have heard many times in my life. He stated that in the Old Testament, people were “saved” by obeying the Law and in the New Testament, people are “saved” by faith. I almost jerked the car off the road because I flipped out. Calm down, Luke. It’ll be okay.

One wonders where such an idea first arose. I would have to study some more of the Patristics to see if the idea is represented well there, but I’m thinking it probably came into prominence through some Dispensationally-influenced pastor some years ago. Who knows. Unfortunatately, the idea that Old Testament saints were “saved” by obeying the Law is so popular, it gets repeated all of the time. Heck, I even said it a few times.

But when we take a look at Scripture, we see something a bit different. Here are some reasons why people should abandon spreading this idea:

(1) Nowhere in the Bible are we given this simple “break down of differences.” Seriously, we have no example in the life of Jesus or the writings of the apostles of this idea being communicated. Paul never says anything remotely close to suggesting that there are soteriological differences regarding the means of appropriating salvation between the OT and NT people. In other words, there’s far more continuity between the OT and NT in this regard.

(2) When Paul explains the concept of justification by faith, it’s interesting that he appeals to OT saints as evidence. What support does Paul give? He mentions the example of Abraham (Rom. 4:1-25; Gal. 3:6-9) and David (Rom. 4:6-8). According to the apostle Paul, Abraham and David were both justified by their faith in Yahweh. Furthermore, Paul and Hebrews both appeal to Hakakkuk 2:4 as more support for their understanding of this issue!

(3) When we look at the Exodus narrative, we’ll notice that before God gives Israel the Law, he rescues them out of slavery. This is clearly a “metanarrative” in the history of redemption. God rescues his people and then gives them the Law and the respond to his gracious mercy by obedience. No where in the many examples of this in the OT do we ever get a sense that people are “saved” by being obedient. Obedience is a response and God always initiates salvation himself. Consider, for example, how God provides a “savior” (typologically) through David when he slays Goliath. God is in the business of being gracious, merciful, and loving. Human beings respond to it by obeying his commands.

So please, please, puhlease stop telling people that the OT saints were saved by being obedient to the Mosaic Law. You undercut the very support that the apostle Paul thought was absolutely essential for communicating the importance of faith!

I think The Faith Once Delivered has maybe the best and most concise statement I've ever read linking the importance of Jesus' full humanity with His life in the womb. Super important as I see "Wesleyans" committing Christological heresies left and right. We aren't heretics. 1/4

Every Christian I know is committed to a full-orbed culture of life. They are pro-life from womb to tomb. The whole "Christians are only interested in babies until they are born" is a weak, tired, and intellectually dishonest trope.