Pauline Sexual Ethics: How the Apostle Frames the Issue, pt. 2 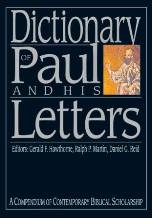 According to D. F. Wright, Paul’s second concern is under the title, “Sex, Self and Christ.” He explains this as follows:

For Paul sexual intercourse is not on a par with the satisfying of other natural appetites like eating. To that extent his approach is as inimical to the post-Christian West’s obsession with unbridled sexual gratification as it was to Corinthian licentiousness. Sexual intercourse is uniquely expressive of our whole being. “All other sins a person commits are outside his body, but he who sins sexually sins against his own body” (1 Cor 6:18). To deal with a blatantly intolerable perversion of Christian freedom (unlike the subtler ascetic alternative), Paul applies his richly articulated concept of “body” (s?ma), which may mean—almost at one and the same time—a person’s physical nature (“the body is not meant for sexual license,” 1 Cor 6:13), the whole human self (“your bodies are members of Christ himself,” 1 Cor 6:15; “your body is a temple of the Holy Spirit,” 1 Cor 6:19) and the church as Christ’s body. According to Paul, “there is clearly something wrong in having both an intimate relationship with Christ as a member of his body and also a relationship which is intimate in another sense with a prostitute, especially if she is a temple prostitute” (Whiteley, 215). Abusing the body in this way conflicts also with its destiny to be raised from the dead (1 Cor 6:13–15).

Undergirding such teaching lies Paul’s distinctive anthropology, in which the flesh, or body, is no mere external expression or instrument of the true person that resides in some inner essence. For Paul it is truer to say that a human being is a body rather than has a body. In the Corinthian context this is a way of speaking about a Christian both as a sexual being and as a being “in Christ,” a member of his church-body. Hence, when Paul declares porneia to be uniquely a sin against our own body (1 Cor 6:18), he is not referring merely to the misuse of our sexual organs. Nor is he distinguishing sexual sins on the grounds that drunkenness or gluttony, for example, involve things outside the body—drink and food in this case. He may be picking up a notion advanced by some libertine Corinthians, that nothing one does sexually or physically can touch the inner citadel of the soul. (Such sentiments are found among later Christian gnostics.) For Paul nothing could be further from the truth. Because sexual activity embodies the whole person, sinful union with a prostitute—or adultery or other extramarital intercourse—desecrates a Christian’s bodily union with Christ. “The association between Christ and the believer is regarded as just as close and physical as that between the two partners in the sex act” (Schweizer, 1065).” (Dictionary of Paul and His Letters, 872)

This raises some important points in today’s sexual landscape. This is especially true regarding the statement that “sinful union… desecrates a Christian’s bodily union with Christ.” Hence, sexual purity is a concern for the apostle Paul and should be a concern for other followers of Jesus.

I have many other thoughts concerning the issue of anthropology, but I’ll leave that for another discussion. As a semi-convinced dichotomist, I have often wondered if a lot of the discussions about the different aspects of a person’s being overlooks the unity of a person’s being. I like how Wright makes sure to keep Paul’s anthropology more rooted in this concept.