Two Reasons to Give Jesus Preeminence

I’ve long had an appreciation for the concept of giving Jesus first place in our lives. I don’t know too many pastors that wouldn’t love to see more and more people making Jesus the number one priority. When the apostle Paul wrote to the Colossians, he pointed to the fact that Jesus is preeminent in everything (Col. 1:18). But this preeminence flows out of two objective truths. You see, when Paul writes, “that in everything he might be preeminent” (Col. 1:18), he means to connects that preeminence with two realities: 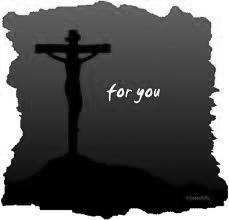 In verse 19 Paul clearly connects his statement about Jesus’ preeminence with the use of the conjunction hoti (“for”), which means that verses 19-20 are linked to verse 18. Jesus has preeminence because (1) he is God (v. 19) and (2) because he reconciled everything in the world to himself and made peace by his death on the cross (v. 20).

Regarding Paul’s statement that Jesus is God, Richard Melick writes,

“… the movement in the incarnation was that God took flesh, not that a human was elevated to deity. The statement actually means that God was pleased to take human form in Jesus. He was no less than God, and he continues to be fully divine (“dwell” is present tense stressing an ongoing reality).” (Melick, Philippians, Colissians, Philemon, p. 224)

Regarding Paul’s reference to Jesus’ work on the cross, Douglas Moo writes,

“… particularly relevant to the meaning of v. 20 is Paul’s teaching in 2:15 that God, “having disarmed the powers and authorities, … made a public spectacle of them, triumphing over them by the cross.” The spiritual beings to which Paul refers explicitly in v. 20 are not saved by Christ but vanquished by him (see 2:15).” (Moo, The Letters to the Colossians and to Philemon, p. 135)

“The real meaning of Col. 1:20 is probably as follows: Sin ruined the universe. It destroyed the harmony between one creature and the other, also between all creatures and their God. Through the blood of the cross (cf. Eph. 2:11–18), however, sin, in principle, has been conquered. The demand of the law has been satisfied, its curse born (Rom. 3:25; Gal. 3:13). Harmony, accordingly, has been restored. Peace was made. Through Christ and his cross the universe is brought back or restored to its proper relationship to God in the sense that as a just reward for his obedience Christ was exalted to the Father’s right hand, from which position of authority and power he rules the entire universe in the interest of the church and to the glory of God. This interpretation brings the present passage in harmony with the related ones written during this same imprisonment. Note the expression “the things on the earth or the things in the heavens” (or something very similar) not only here in Col. 1:20 but also in Eph. 1:10 and Phil. 2:10.” (Hendriksen, Exposition of Colossians and Philemon, pp. 81-82)

So why should you give Jesus first place in your life? Two reasons that Paul gives are because Jesus is God and because of what Jesus did on the cross.