The “Unconscious” Intentions of Biblical Authors 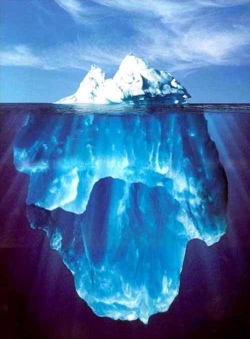 I was reading through the section of Introduction to Biblical Hermeneutics on the meaning of the message of the text and found an interesting concept that I don’t think gets discussed enough within the realm of hermeneutics. To some extent, it’s simply assumed (for Evangelicals). The authors of Introduction write that biblical “authors may occasionally unconsciously convey more than they intended, but the point is that they normally determine what they will say, how they will encode their message, and what results they hope to achieve” (p.8). I’m fully convinced that the goal of our interpretation should be primarily concerned with the author’s intention, yet I think the issue of unconscious intention seems to be an interesting subject too (I’ll use “unconscious” and “subconscious” as synonymous terms). The authors (William W. Klein, Craig L. Blomberg, and Robert L. Hubbard, Jr.) are all Evangelicals, so there isn’t a “liberal conspiracy” at work here. In fact, they are simply fleshing out what Vanhoozer has written:

“A text is a complex communicative act with matter (propositional content), energy (illocutionary force), and purpose (perlocutionary effect).” (Is There a Meaning in This Text?, p.228)

In layman’s terms, Vanhoozer is basically saying that the text includes an author’s idea that needs to be considered, accepted, adopted, and done, as well as the author’s conscious (and subconscious?) intended goal for his hearers/readers. This is generally where certain scholars begin to “deconstruct” the psychological makeup of the author in question, be it Paul or John or even Jesus. This then leads to questions regarding whether or not Jesus knew He was the Jewish Messiah and whether Paul invented Christianity because he had some sort of a nervous breakdown. These questions may seem ridiculous to you, but they are the questions that some scholars not only ask but seek to answer in the affirmative.

But I’m wondering if this unconscious intention is really just another way of viewing the role of the Holy Spirit in the inspiration of the text. This isn’t to suggest that there were no unconscious ideas floating around in the minds of the biblical authors that found there way onto the pages of the Old & New Testaments (it should be noted that there are still a number of disagreements within the medical community regarding the “unconscious mind”). Rather, I’m merely questioning how quick a number of scholars are to move from the text and the author’s conscious intention to beginning to offer theories of what was happening subconsciously (or in their unconscious minds).

My thoughts here actually stem from a recent Facebook post where the author pointed readers to consider the implications of 2 Peter 1:20-21, which reads:

“… knowing this first of all, that no prophecy of Scripture comes from someone’s own interpretation. For no prophecy was ever produced by the will of man, but men spoke from God as they were carried along by the Holy Spirit.”

I think there can be a lot of confusion about Peter’s use of the word “interpretation” and people can easily read this and reach the conclusion that people shouldn’t interpret the Bible. Yet the fact of the matter is that we interpret Scripture every single time we read it. So what does Peter mean when he writes that no prophecy of Scripture comes from someone’s own interpretation? We need to remember that first, Peter was consciously referring to the Hebrew Bible. Secondly, the most natural sense of the Greek text leads me to understand this as Peter saying that none of the OT writers were interpreting the messages, visions, events through the lens of their own understandings. Instead, they were carried along by the Holy Spirit to write what they wrote. We are to interpret Scripture in the sense of determining its meaning and its application (cf. 2 Tim. 2:15). But nothing that is considered Holy Scripture came about because someone decided to consciously interpret what was happening as being what they decided it was.

What does this have to do with the author’s conscious and unconscious intention? Evangelicals need to constantly remember that though the writers were human and probably had brain activity that occurred “below the surface,” these authors were inspired by the Holy Spirit, the third person of the Trinity who is God, the LORD.