The Parable of the Talents: Are There Two or Just One? 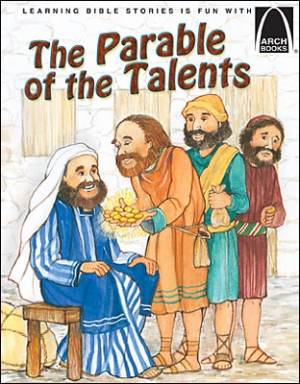 This Sunday I’m planning to preach on the Parable of the Talents. Yesterday my issue was which one to preach on. There are two: Matthew 25:14-30 and Luke 19:11-27. There’s a lot of similarities between the two passages, yet significant differences too. Since the gospel writers are less concerned with chronology, it can sometimes be difficult to figure out whether the Synoptics are recording the same events from different perspectives or whether there are two separate events (e.g., does Jesus cleanse the temple of money changers once, or twice?).

With the Parable of the Talents, the question is, Are Matthew and Luke describing the same teaching? Those who utilize strict redaction criticism have tended to take Matthew and Luke as editing the same source material and adding their own theological and historical opinion into the mix. So those scholars suggest that these two passages are indeed based upon the same actual parable.

But this is by no means the standard view. While there are resemblances between the two parables, there are some rather large differences too. Here are three reasons why I don’t think it is correct to see Matthew and Luke recording the same parable:

I’m sure there are other reasons, but these differences are striking. France writes,

“It is, however, at least possible that Jesus should have told similar stories on more than one occasion, changing the details in order to emphasize different areas of application for different audiences.” (R.T. France, Matthew, 353)

I’d take this further. Not only is it possible, it’s highly likely.